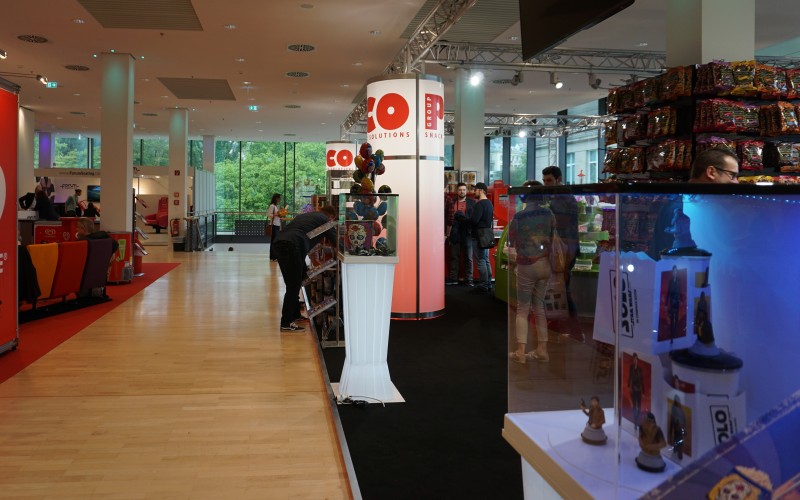 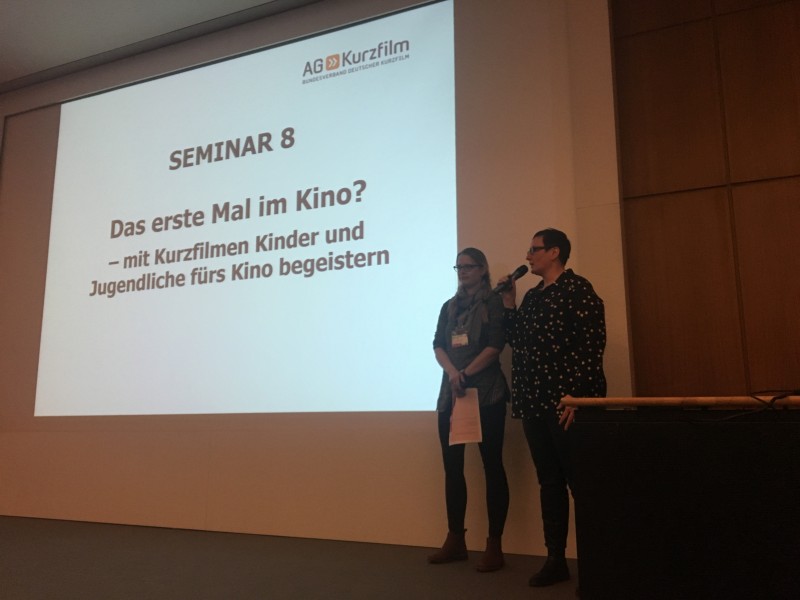 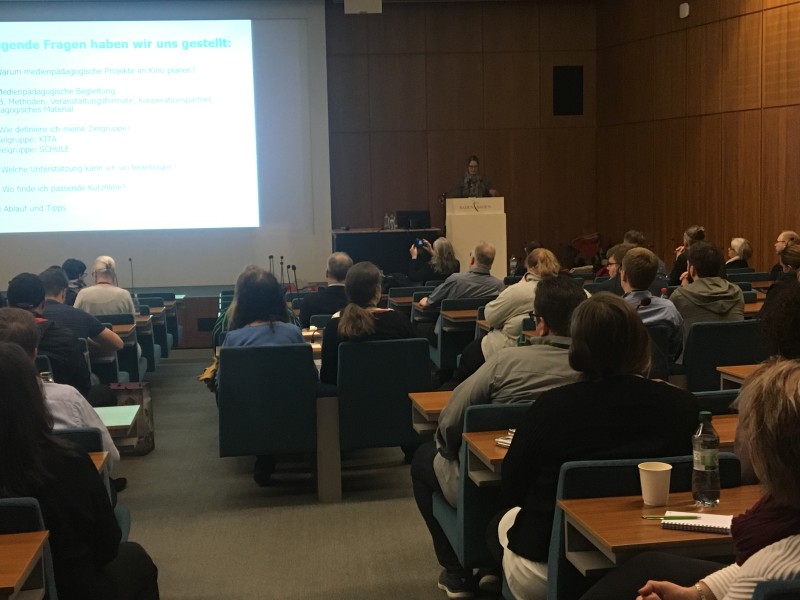 The Film Theater Congress in Baden-Baden is a very special business trip for us every year. For more than 10 years, we have been advising cinema operators on how to program short films.

Baden-Baden initially tries to build up suspense. If you are traveling to the spa town for the first time, the bus ride to the city center seems to be endless. After a while, however, well-tended flowerbeds and sophisticated spa architecture replace the simple residential and office buildings, and one feels the destination of the journey approaching - the Kongresshaus, venue of the KINO film theater congress, located in the middle of the city center.

The modern building with its large glass front looks a little out of place in the midst of the already almost too-beautiful cultivated surroundings. The latent feeling of out-of-place continues when one, coming from the short film scene, enters the Congress House. Elaborately designed stands of cinema suppliers, from lighting to cinema chairs and cinema technology to concession providers, are lined up next to each other, the smell of fresh popcorn is in the air.

On the second floor you finally come across our small but nice booth with its lovingly self-built counter and bar stools with red imitation leather (real vintage from Pforzheim production) by our colleague Lars Wilde (Kurzfilm Agentur resp. Kurzfilm Festival Hamburg) and the feeling of being out of place slowly subsides.

In the meantime, we have become an integral part of the film theater congress for more than 10 years. Thanks to the support of HDF Kino, it was possible to establish our stand (now in a different location) among the cinema equipment suppliers. We continuously explore the possibilities of the congress and work to ensure that short film finds a permanent place in the minds, hearts and programs of cinema operators.

After we were able to show the short film highlights DER CONNY IHR PONY and CAREFUL WITH THAT AXE in front of an enthusiastic audience of cinema operators for the first time during the Independent Tradeshow in 2009, our 15-minute short film presentation during the tradeshows has become a fixed program item of the cinema fair.

In 2022, we were able to offer a workshop for the second time, presenting various possibilities of screening short films that make it possible to bring preschoolers - the moviegoers of tomorrow - closer to the place of cinema. The conversations that followed revealed a wide range of reactions - ideas for new collaborations, gratitude for the suggestions, sometimes also perplexity as to how this can be implemented in our own house. We give advice, provide information on what is on offer, and try to reduce reservations. Despite the many positive and fruitful discussions, however, the feeling remains that there is still a lot to do. Reason enough to continue to be part of KINO in Baden-Baden in the future.