PR 11.01.2021: At the Interface of Film and Art - "Emerging Artists" premieres at the Stuttgart Filmwinter 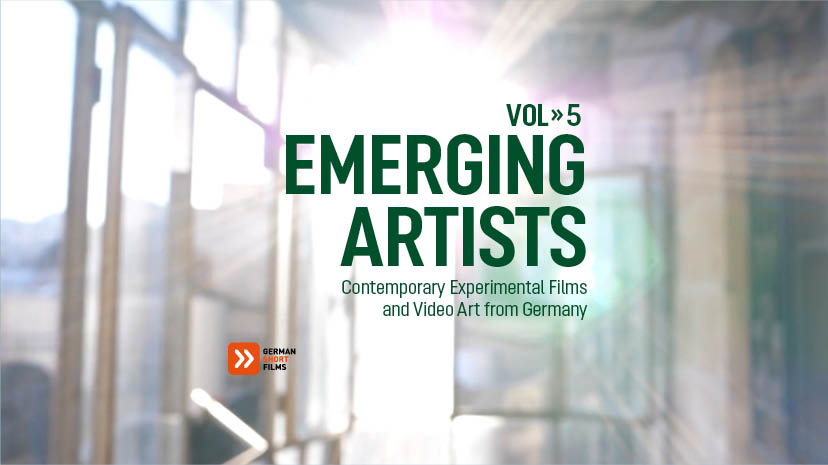 On 16 January 2021 from 6 pm, the fifth edition of the programme "Emerging Artists - Contemporary Experimental Films and Video Art from Germany" will have its premiere as part of the online edition of the 34th Stuttgart Filmwinter. Presented by AG Kurzfilm and German Films, the programme is exclusively dedicated to young German experimental film. The premiere will be complemented by talks with the artists.

The programme will then have its international premiere at the beginning of February at the online film market of the International Short Film Festival in Clermont-Ferrand. Afterwards, the programme can be booked by festivals, Goethe Institutes, galleries and other institutions.

The Stuttgart Filmwinter, traditionally the premiere festival of this programme, focuses on the body with this year's festival motto "How I learned to love the Blob". Like all (film)cultural events in the winter half-year 2020/21, the Filmwinter will also take place as an online festival. "Emerging Artists" will be part of the online programme and will be available from 16 to 18 January 2021. In addition to the eight films selected for the programme, video talks with our curators and the filmmakers will complement the event.

"The eight artists gathered in this selection ponder and explore the genealogy of images, their present potential as well as their future value. How do images come into motion? How are we moved by them? And how do images set events and actions in motion that we often think of as "real life"?" writes Vika Kirchenbauer, filmmaker, video artist and musician in her foreword to the current selection.

FLUID BEHAVIOURS OF A PICTURE APPARATURE by Vera Sebert
NICER, SOON by Julius Weigel
BEASTS OF NO NATION by Krzysztof Honowski
IF THERE IS LOVE, YOU WILL TAKE IT by Daniel Hopp
CENTAURESS by Deniz Şimşek
FROM MY DESERT by Veneta Androva
LETTERS FROM SILIVRI by Adrian Figueroa
TOP DOWN MEMORY by Daniel Theiler

Accompanying the programme, curators Sarah Adam, Carsten Aschmann and Tobias Hering have conducted film talks with the artists. In a special dialogue format, we also bring together two filmmakers from each programme to exchange ideas and talk about their films. All video talks are available on the Stuttgart Filmwinter website as an important addition to the programme.

The fifth edition of "Emerging Artists - Contemporary Experimental Films and Video Art from Germany" will have its international premiere as a market screening at the online film market of the Festival du Court Métrage Clermont-Ferrand in France.

Detailed information on all works and artists is now available for download.

Interested programmers and curators can request a preview link or a preview DVD of the programme from the AG Kurzfilm office. The programme is available in various formats for screening at festivals, galleries and other cultural institutions.