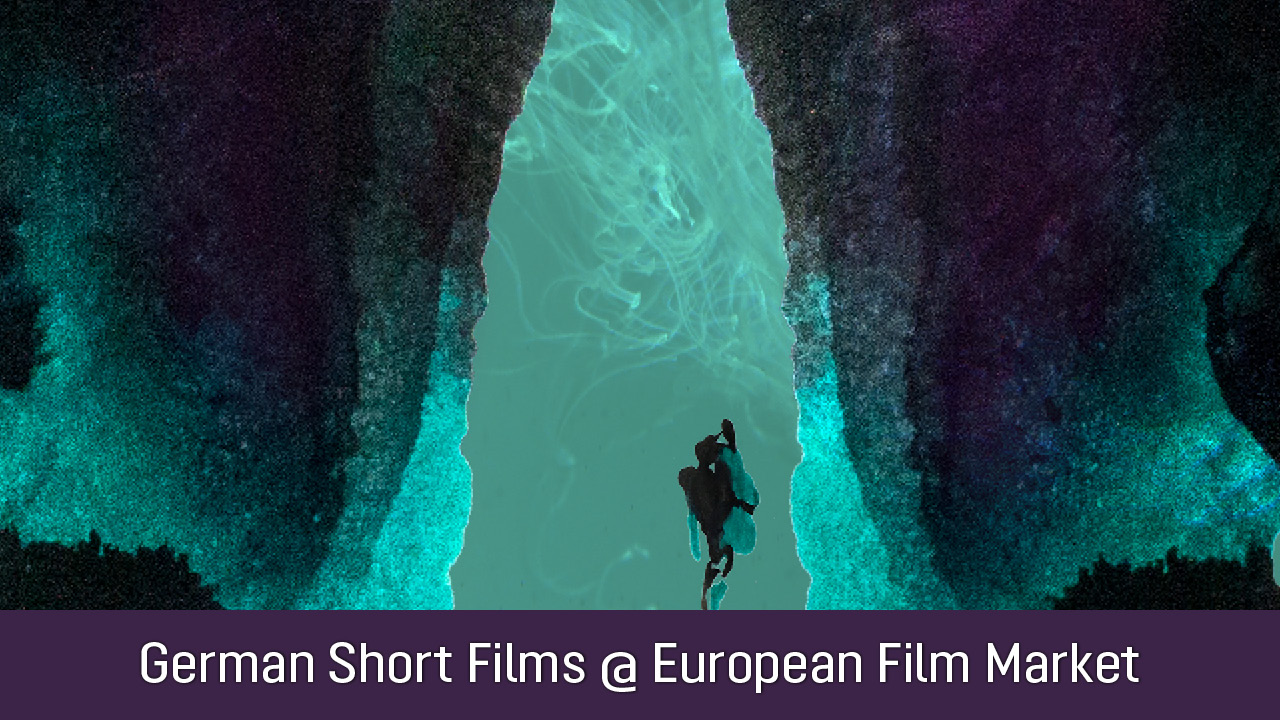 A total of seventeen German short films are represented in the official selection of the Berlin International Film Festival (10.-20.02.2022). At the Berlinale's European Film Market, which will once again take place online, AG Kurzfilm - German Short Film Association will present its new short film catalog "German Short Films 2022" with a new concept to industry representatives as part of its digital market presence.

Two German productions and co-productions were selected for the short film competition Berlinale Shorts: RETREAT by Anabela Angelovska and the German-Austrian-Somali co-production WILL MY PARENTS COME TO SEE ME by Mo Harawe.

In Forum Expanded, INSTANT LIFE by Anja Dornieden, Juan David González Monroy and Andrew Kim and SONNE UNTER TAGE by Mareike Bernien and Alex Gerbaulet will be shown. The Forum Expanded Exhibition section will feature the German-Taiwanese-Togolese co-production LIGHTING by Musquiqui Chihying, THE SONG OF THE SHIRT by Kerstin Schroedinger and VOICES AND SHELLS by Maya Schweizer.

In its retrospective Special Fiction Certificate, the Forum will show FREMD (YABAN) by Hakan Savaş Mican (2007), THE MAJI-MAJI READINGS by Ricardo Bacallao (2006), MERRY CHRISTMAS GERMANY OR LECTURE ON HISTORIC THEORY II by Raoul Peck (1985), NORMALITY 1-10 (2001) by Hito Steyerl, and THIS MAKES ME WANT TO PREDICT THE PAST (2019) by Cana Bilir-Meier.

A detailed overview of all German short films at the Berlinale can be found here.

Under the umbrella of German Films, AG Kurzfilm will present its current project portfolio at its digital booth at the European Film Market, which is aimed at accredited industry representatives as well as filmmakers, producers, distributors and festivals and offers information and contacts on all aspects of German short film.

Furthermore, the AG Kurzfilm presents its new short film catalog "German Short Films 2022" to international industry representatives. It is published exclusively online from 2021 onwards and will focus more strongly on fresh films. The new concept includes three updates per year - at the beginning of the year, in spring and in fall.
The first 45 films of the new 2022 selection can be found here. After prior registration, industry representatives can view the current film selection online.

The popular festival calendar, which provides a compact overview of important national and international festival dates in 2022, is also available for digital download and as an updated iCal file for integration into personal calendars. If you don't want to do without the analog calendar (press deadline: December 2021) in your office, you can order it from our office at service@ag-kurzfilm.de while stocks last.