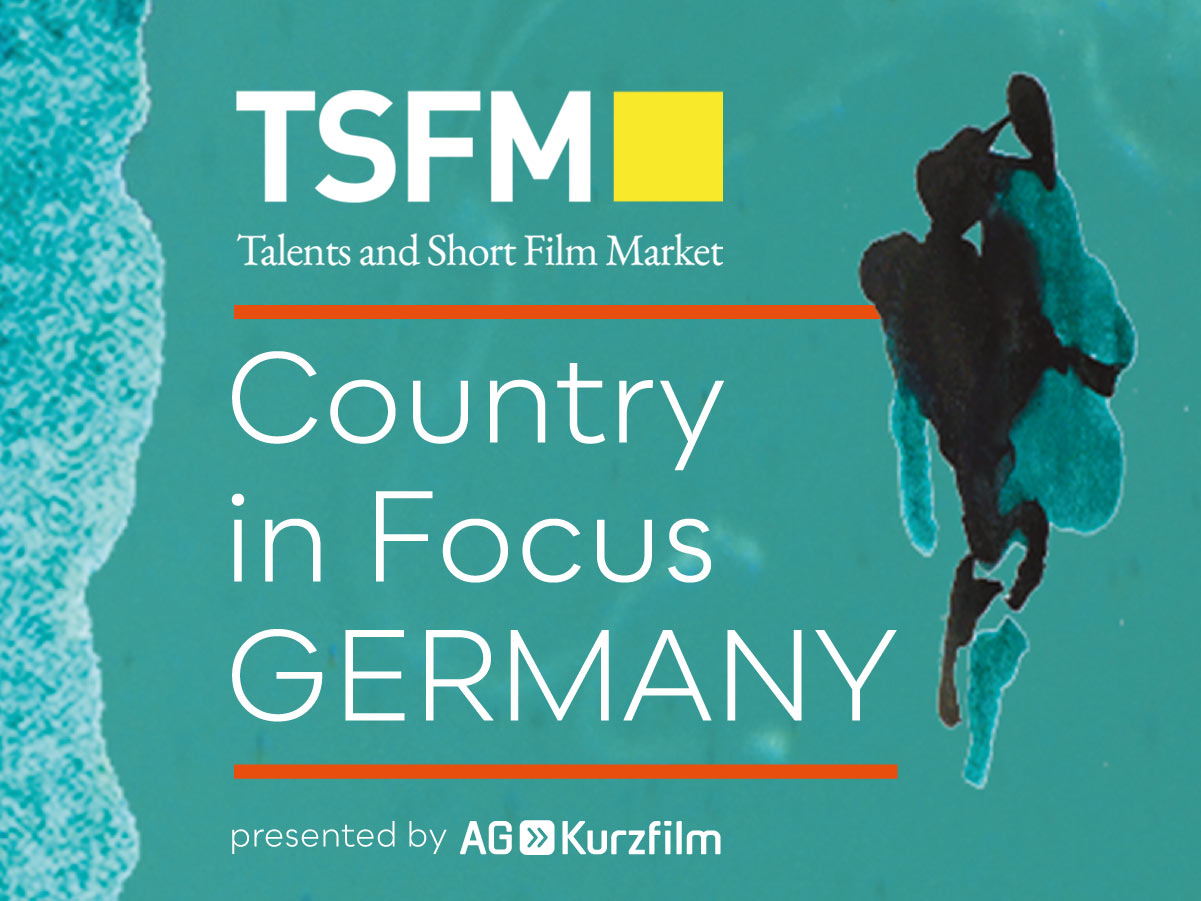 From November 27 to 30, 2022, the 7th Talents and Short Film Market (TSFM) will take place in Turin. Representing this year's host country Germany, AG Kurzfilm will present numerous events on the occasion of its 20th anniversary to give an insight into the diverse German short film scene. "It is important for German short film to present itself at the Talents and Short Film Market, as it is an significant meeting point for the international short film industry, which exchanges views on current topics every year in Turin," says Jana Cernik, managing director of AG Kurzfilm.

A first highlight will be the industry screening of the brand new short film program Emerging Artists - Contemporary Experimental Film and Video Art from Germany, which is curated every two years by a jury of experts and dedicated to young experimental film and video art. Central motifs of the 6th edition's program with a total of seven current works are origin, homeland, memory and belonging. Which events and memories shape people, which are reality, where does projection begin?

The panel "What's the point of festivals?" is dedicated to the function of festivals today and questions their change during the pandemic. The keynote by Katrin Mundt (European Media Art Festival Osnabrück) provides an overview of the extraordinarily diverse short film festival landscape in Germany and discusses the various contexts in which short film is presented and the changing ways in which it finds its audience. Afterwards, panelists Maike Mia Höhne (Kurzfilm Festival Hamburg), Arne Papenhagen (FiSH Festival Rostock) and Anne Gaschütz (FILMFEST DRESDEN, moderating panel) will discuss their experiences from different festival contexts.

The German focus will be rounded off by the masterclass of Sylvia Schedelbauer. The German-Japanese director will present a program of her own works as well as short films that have inspired her. With Anne Turek (AG Kurzfilm) she will talk about her artistic development, her cinematic approach and the influences that have shaped her as a filmmaker.

A selection of films from the current update of the short film catalog German Short Films will be available for viewing in the TSFM Video Library. They will be available there for accredited guests until May 31, 2023. The AG Kurzfilm's catalog was updated in October with 28 new films. It has been published since 2004 and was previously published annually with a selection of 100 outstanding current German short films. Starting this year, new films will be added three times a year in order to achieve even greater topicality. With access to the online preview, industry representatives can view the current films here.

There will be the opportunity to meet members of the AG Kurzfilm as well as other important representatives of the German short film scene on site. The German delegation in Turin:

The German Focus is supported by German Films.