RIEN DU TOUT
Nothing at all

A film director wants to shoot a film about the Middle Ages in the suburbs of Paris. During casting, she is focused upon one person. The car park in front of the theatre, where the young amateur actors and actresses are waiting soon becomes the scene of the actual plot. Inside, as the director and her assistant grow increasingly estranged, the superfluous figures outside begin to celebrate and dance. The film was shot in Bretigny-sur-Orge, France in 2006. 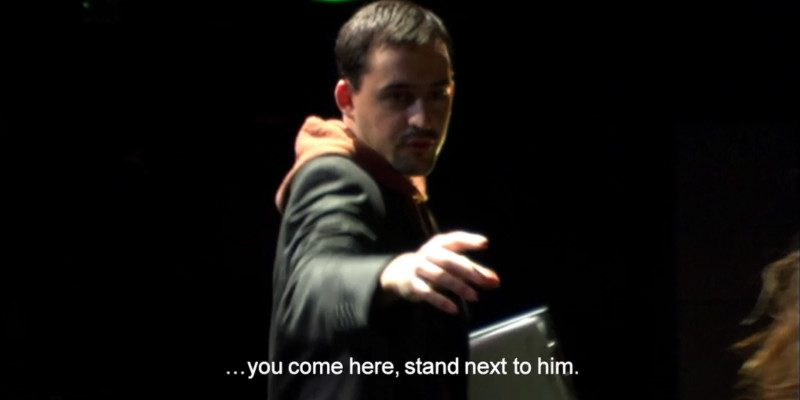 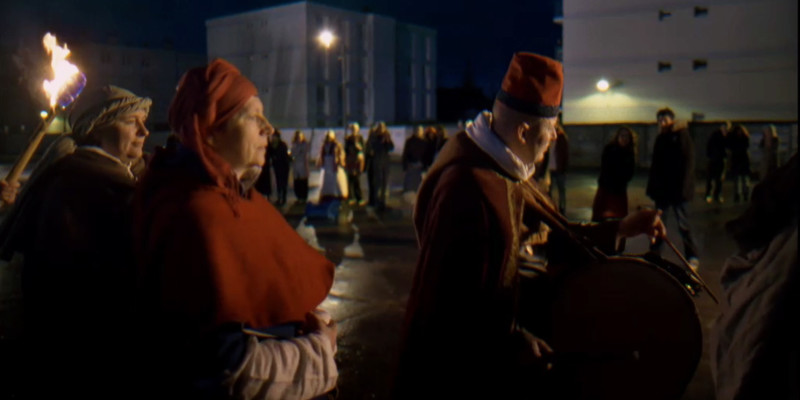 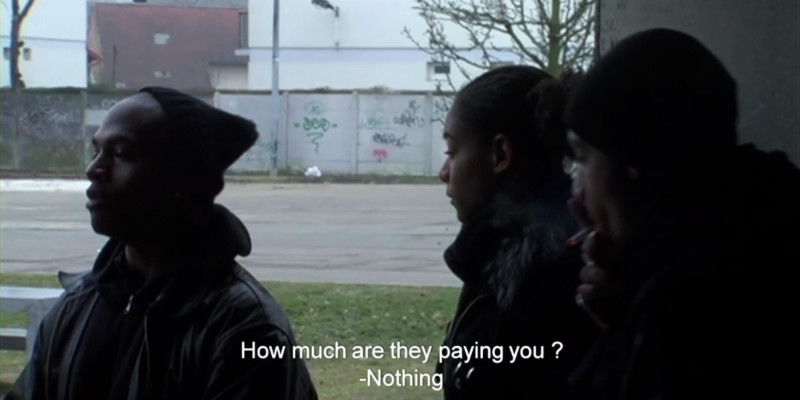 Born 1974 in Göttingen;
studied photography in Bielefeld and visual arts in Leipzig;
lives and and works in Berlin

Born 1976 in Maison Alfort/France;
studied in Leipzig and Berlin;
lives and and works in Berlin