In order to better exploit the great potential of short film, the initiative group "Kurzfilm macht Schule" has compiled a list of recommendations with a selection of 100 outstanding short films. The film selection is supposed to be a starting point for a wide range of film historical, content and stylistic considerations and is intended to stimulate more intensive research into the diversity of the short film genre.
The list of recommendations is also intended to give impulses for intensive discussions, to integrate short films more strongly into educational work and to be an important working instrument for teachers and media pedagogues in their media pedagogical work.
Special thanks go to the experts on whose proposals the recommendation list is based. Special attention was paid to film historical and film analytical aspects. In selecting the films, the focus was not only on artistic quality and significance for film history, but also on didactic potential, availability and possible uses in the classroom.
In addition to the texts on the films, you will also find various indexes, distribution contacts and all other important information on the project and its partners in the catalogue.

You can download the catalogue "100 Short Films for Education" as a pdf file here.


Short Film Meets School - DVD "Short Films!" (2013)
Accompanying the publication "Grundkurs Film 3 - The Best Short Films", the Schroedel Verlag has published the DVD "Kurzfilme!" for use in education. The DVD contains 18 short films as well as extensive working materials for each film.
The films from all over the world represent the most diverse contents, genres, film language aspects, film historical styles and artistic approaches. A silhouette film by Lotte Reiniger can be found on the DVD as well as the music clip for "All is full of love" by Björk. Works by Martin Scorsese ("The Key to Reserva"), Roman Polanski ("Two Men and a Cupboard") and Tom Tykwer ("True") are represented alongside avant-garde approaches by Norman McLaren, documentary films by Hans Richter and Jürgen Böttcher or a Dr. Oetker advertising film. For each film, the DVD provides extensive working materials and supplementary thematic suggestions that can be used directly in class. The DVD is suitable for teaching from secondary level I and the extracurricular education of children and young people from the age of 10.
The film selection is based on the recommendation list "100 Short Films for Education", which is also included on the DVD. This list opens up the potential of short films as the key to film education and at the same time serves to research the genre of short film.

The didactically comprehensively prepared DVD is a common project of the AG Kurzfilm - German Short Film Association, the Federal Agency for Civic Education, the research project Integrational Film Didactics of the University of Education Freiburg, Schroedel Publishing  and the VISION KINO - network for film and medium authority. The project was supported by the DEFA Foundation.

The DVD "Kurzfilme!" as well as the book "Grundkurs Film 3 - The Best Short Films" can be ordered with Schroedel Publishing. A licensed edition of the DVD is available from the Federal Agency for Civic Education. 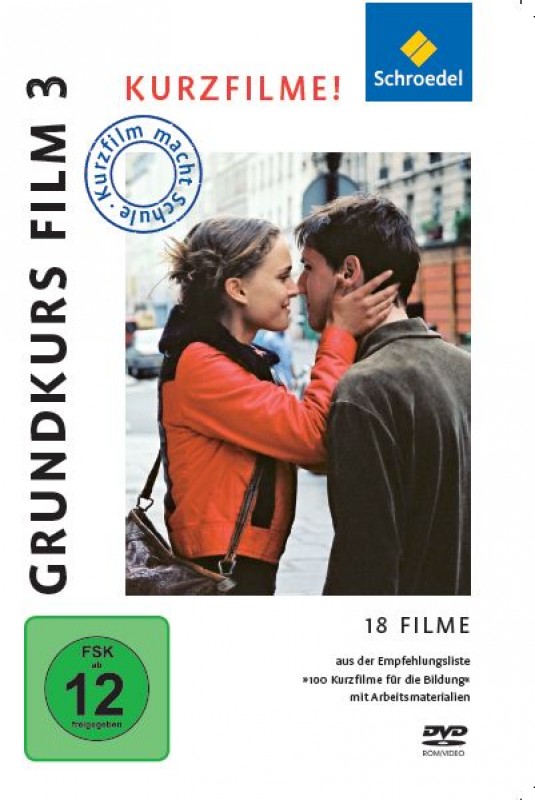