The Festival Court Métrange is an unusual and fantastic international short film festival, member of the European Fantastic Film Festivals Federation. The festival takes place in Rennes, France, where apart from the short film competition, exhibitions of contemporary art, conference on the theme of cinema and the fantastic universe are also taking part.

This year the festival celebrated their 16th edition and had Pascal Laugier as President of Jury.

The presentation of the film happen on Friday the 18th of October at 20:15 hr in the Gaumont Theater in Rennes with a room packed with 300+ visitors.

The next day there was a Q+A together with a talk with some of the directors attending the festival. I took part of the talk together with Bruno Collet with the short “Memorable”, Matthieu Vigneau with “Tharon-Beach California, Joséfa Celestin with “Tomorrow might be the day”, Julien Le Conte with Leuki, among others.

On the next days I had the pleasure to meet Arnaud Pouchin, the director of the programming team, which we had long talks about the selection process and how complicated it’s to make the final program. I also met Fabre Minuit, which was in charge of all the children screenings and events at the festival and was perfect for me to give her the children’s dvd from AG Kurzfilm / German Films.

I also met an old friend and programmer of the Brussels International Fantastic Film Festival Thibault Van de Werve, which I also gave a catalogue and dvd’s to see for next year’s selection of BIFFF. 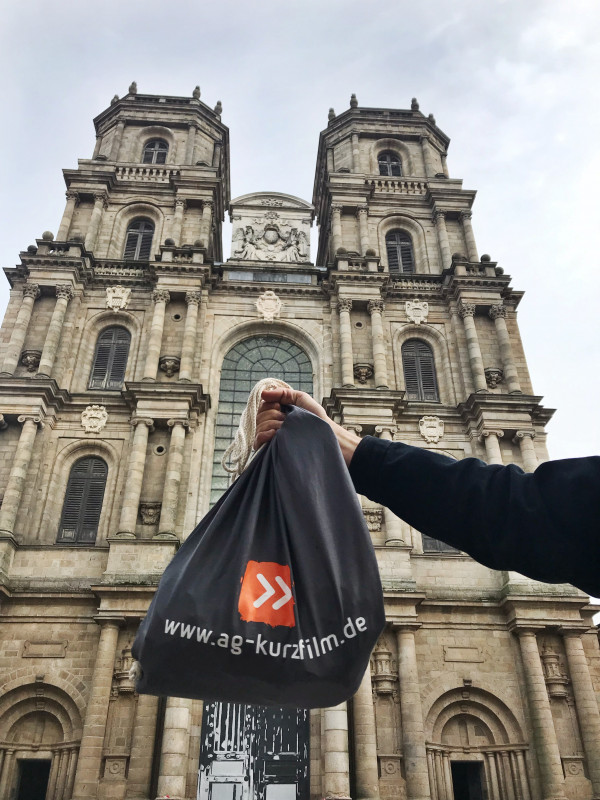