The main screening was held at an old castle. The castle is one of the largest buildings in the city. Now the castle serves as the Zamek cultural center (exhibitions, cinema, theatre, concerts). In autumn, the castle becomes the capital of international documentary film festival Off Cinema. Off Cinema is a competition festival, where the best documentaries are recognized with the golden (15000 PLN), silver (10000PLN) or bronze (5000 PLN) castle and audience award, but there is also the special accolade: the platinum castle, awarded for a lifetime achievement. This edition Platinum Zamek award goes to Jacek Petrycki, the famous Polish cinematographer and as a retrospective four films by him were screened during the festival. However, besides the competition, there were multiple special screenings, meetings with filmmakers, concerts, workshops, lectures and discussion panels. This year, Off Cinema presented two workshops about photography and film criticism.

Besides the screenings, one night before the last ceremony an amazing silent disco party was held. 3 DJs provided us with great music. The filmmakers also were invited to visit the exhibition of masterpieces of Frida Kahlo at Zamek Culture Centre for free.

My film Amour du Réel was classified to the competition of 21st Off Cinema. Off Cinema accepts international submissions, without constraints regarding the theme or running time limitations. The festival provides accommodation and full board for one person of the film crew, but they don’t pay travel expenses. A volunteer of the festival picked me up from the airport. Filmmakers were accommodated in Hotel Lech, (bed and breakfast) for all the days of festival. 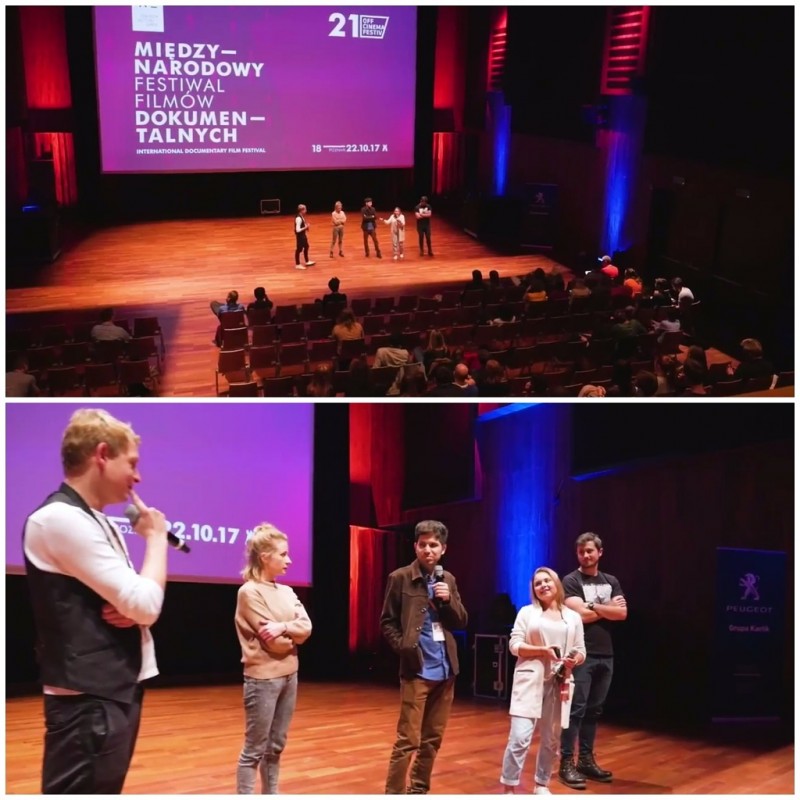