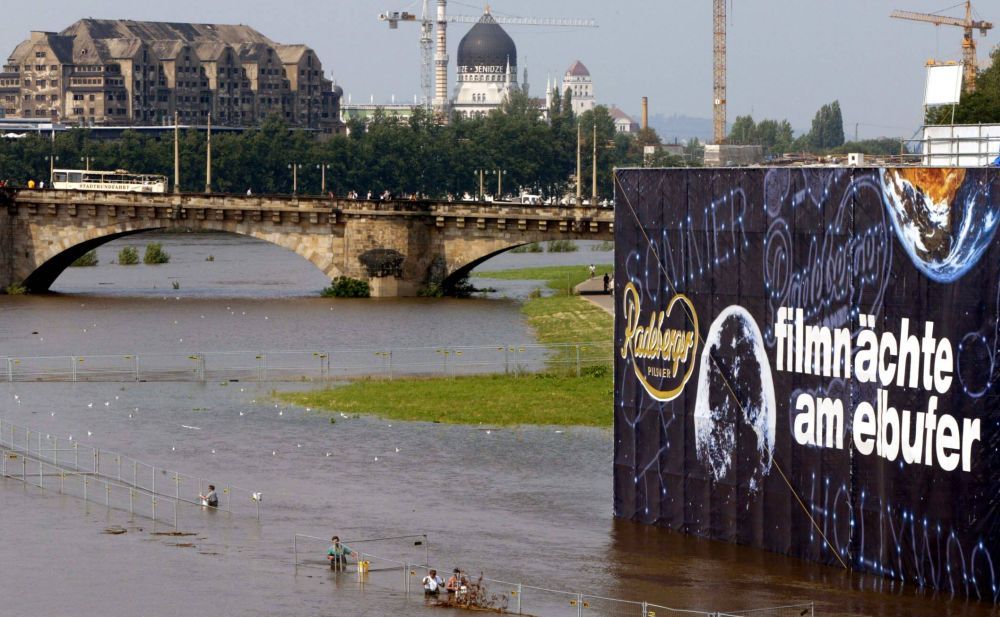 (c) IMAGO / STAR-MEDIA
Robin Mallick, founding member of AG Kurzfilm and former director of Filmfest Dresden, recapitulates the emergence of the Short Film Association in May 2002, its location in the Saxon capital, and its incipient influence at home and abroad.

In April 2002, everything was still fine. The Filmfest Dresden celebrated dewy Oscar winners and idiosyncratic experimental films in its 14th edition, but in August everything changed: Instead of 4,000 ecstatic viewers expected for the Short Film Night as the seasonal highlight of the Film Nights on the banks of the Elbe, the river presented a historic high of 9.40 meters, which took the fabulous Short Film Night downstream.

But fortunately, it was precisely during these four months that AG Kurzfilm was founded, in order to finally give German short film a voice in the film-political sphere and to give it, along with its diversity, greater visibility abroad as well, in being present at the film markets in Clermont-Ferrand, Berlin, Cannes and Annecy. Year after year in Clermont-Ferrand, I had enviously looked at the so successful stands of the Nordic, Helvetic, French, British, Canadian... film institutes. In May 2002, the sighing came to an abrupt end when all the important short film protagonists, in astonishing unity, founded the AG Kurzfilm and moved its office to Dresden, of all places. A city where neither countless short films were produced nor a film school was located, and which certainly could not call the oldest short film festival in the world its own. But the pioneering spirit prevailed - and when the Saxon State Ministry for Science and Art opened its funding box in a ministerial bureaucratic haste that was unheard of, the decision was quickly made.

From then on, FFA, BKM, FFG and other three-letter acronyms dominated the discourse at meetings in which the short film, personified in the flesh by the AG's managing directors, was suddenly allowed to participate and even became a shareholder of German Films. The fact that short film was given an institutionalized lobby in the public sphere, gained even greater visibility abroad, and that even ZDF and Berlinale directors were no longer safe from the hard-nosed short film association lobby is a reason to celebrate the 20th anniversary.

And another achievement: unlike many other associations, AG Kurzfilm has never needed a women's quota. Both, the office and the board, have been female inspired throughout the 20 years.