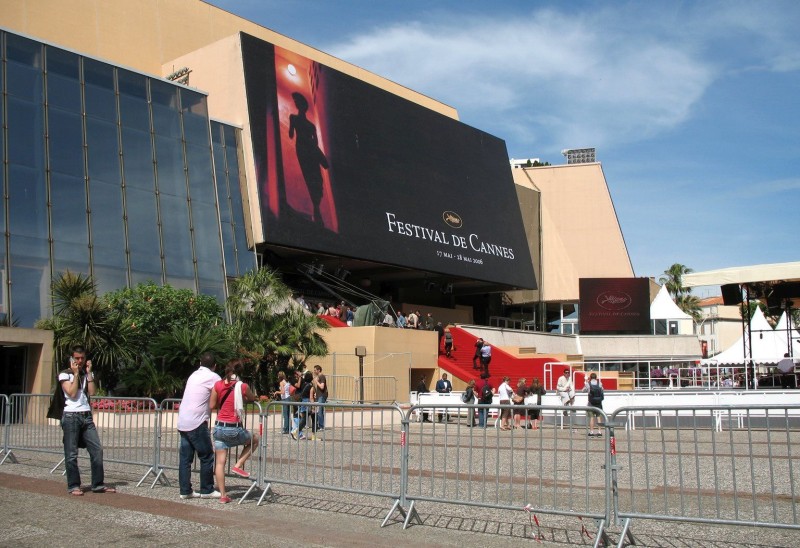 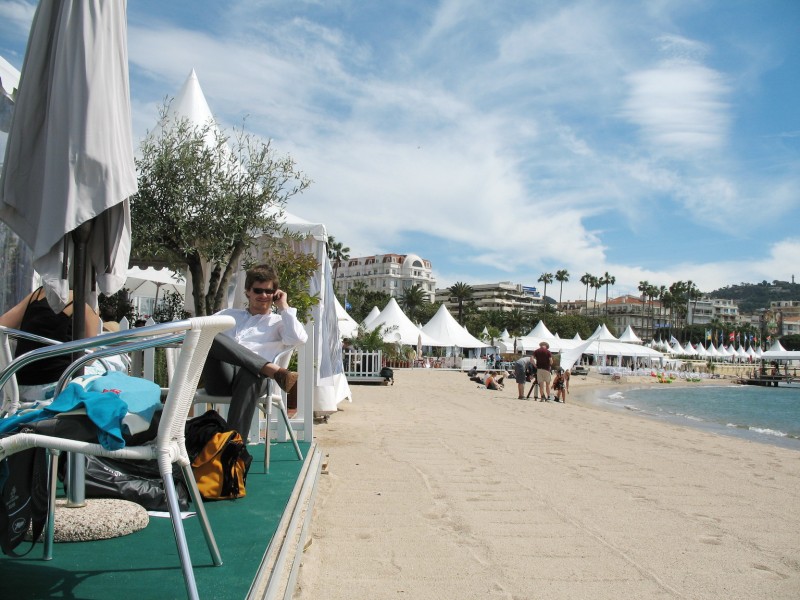 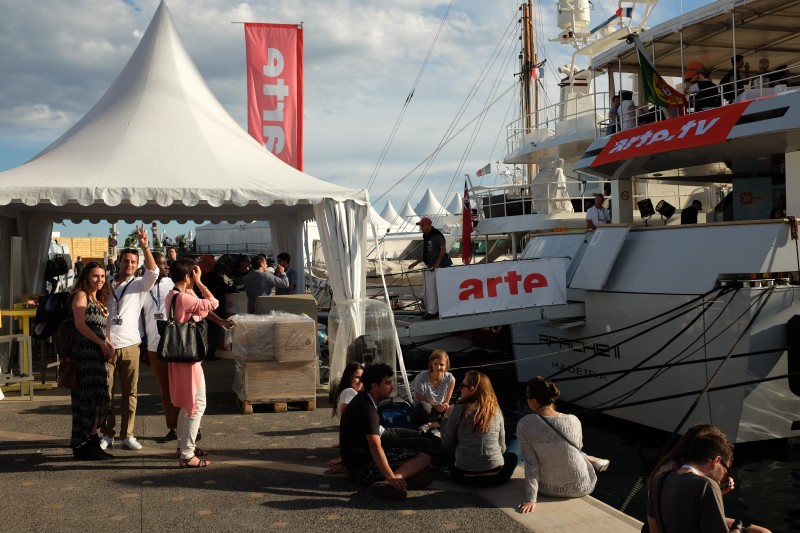 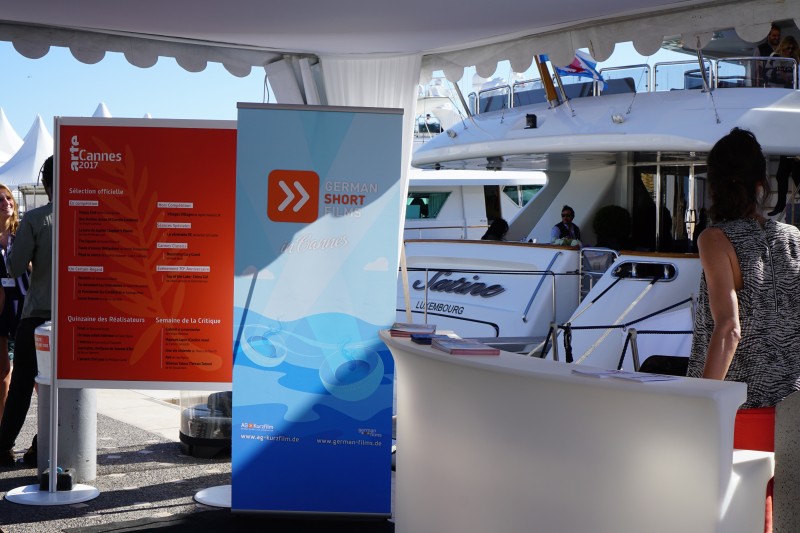 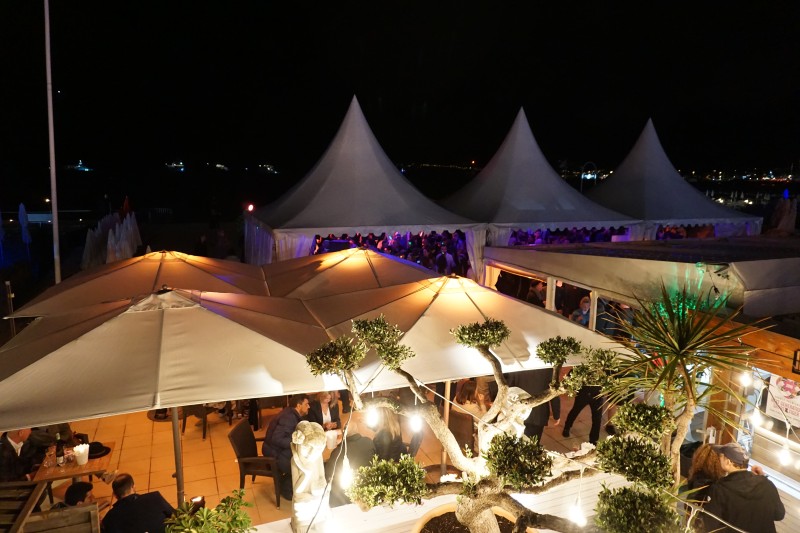 At first glance, the Festival de Cannes is the place for stars, special feature films and glamour. But short film has also fought for its place over the years and we have also been there every year since 2004, creating a meeting place for the short film scene.

"Cannes - but doesn't have to." This quote was coined with resignation by Astrid Kühl, then managing director of the Kurzfilm Agentur Hamburg, after a visit to the Festival de Cannes in 2005. For there were many signs that the glamorous red carpet, the big names and the excessive marketing for feature films were threatening to crush the (German) short film.

17 years later, we are standing on the Croisette again, amidst the beautiful and the rich, the important and the busy - surrounded by beach bars, yachts, limousines and glowing advertisements along the pompous hotel fronts and asking ourselves: Why are we here again? The fact is that the range of films on offer at the Short Film Corner has improved considerably in recent years. As a result, more and more short film "decision makers" are appearing in Cannes. And German short film productions are regularly selected for the festival's official program.

But let's take a leap back to the beginning of the millennium: What was the reason for bringing German short film to Cannes for the first time in 2004?

After the Short Film Corner was launched in 2003 as part of the Marché du Film, German short film could not be left out. In the following two years, possibilities for the presence of German short film were explored on location in cooperation with German Films and the Kurzfilm Agentur Hamburg. Thus, in addition to the premiere celebration of German Films' "Next Generation" program, there was also a not very well-attended market screening in the first years, in which current German short films were presented. Since then, current German productions have been represented in the viewing slots of the Short Film Corner every year instead. And with the short films, we also began to travel to the festival....

With the support of the BMW Group, we were able to bring out the big guns financially from 2006 onwards - a viewing DVD for industry representatives with an affinity for short films was produced and the first Short Film Lounge took place on the Arte boat. The latter has meanwhile established itself as a fixed meeting point for the short film industry in Cannes and regularly pushes the Arte boat to the limits of its capacity - now also without the BMW Group. However, we have never been lost with Arte, and the large crowds give us and the short film a place in the great shark tank of Cannes.

But it's not just the Short Film Lounge that makes this place: In 2022, three German short films celebrated their premiere in the Quinzaine des Réalisateurs. Including the NEXT GENERATION SHORT TIGER selection of German Films, we presented 37 current German films in the online catalog of the Short Film Corner. The latter, by the way, now does without physical viewing places and hardly anyone has a drive for our viewing DVDs anymore anyway. Instead, we spread the news of our own online catalog with the preview possibility. The film teams of the NEXT GENERATION SHORT TIGER present their works to an euphoric professional audience every year and try - just like we do - to find their place. The party that follows the screening also helps. This is an insider tip for everyone who wants to network or simply celebrate German short film.

So the motto better be: Cannes - has also to be short film! Because we stay tuned and - relaxed and self-confident - don't let the red carpet storm distract us. Here, too, we have found our niche and with our activities we are shining a light on German short film. And that's a good thing.