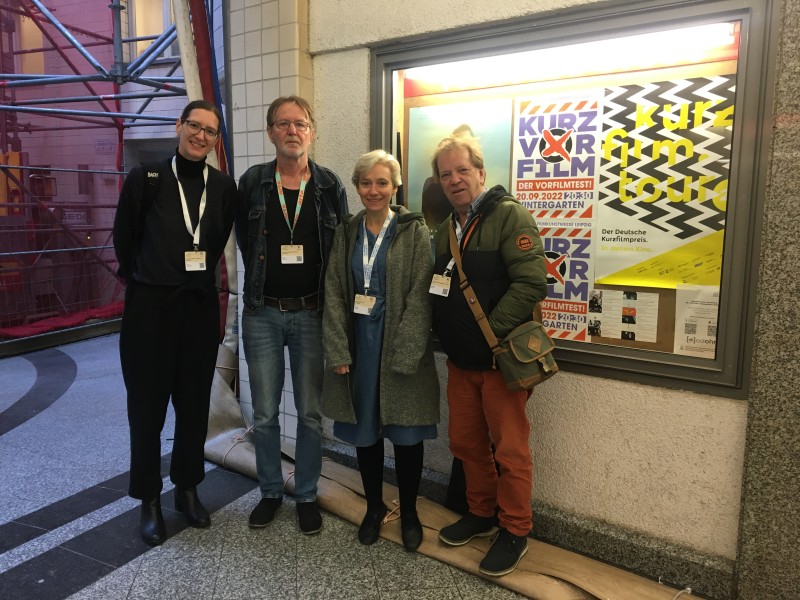 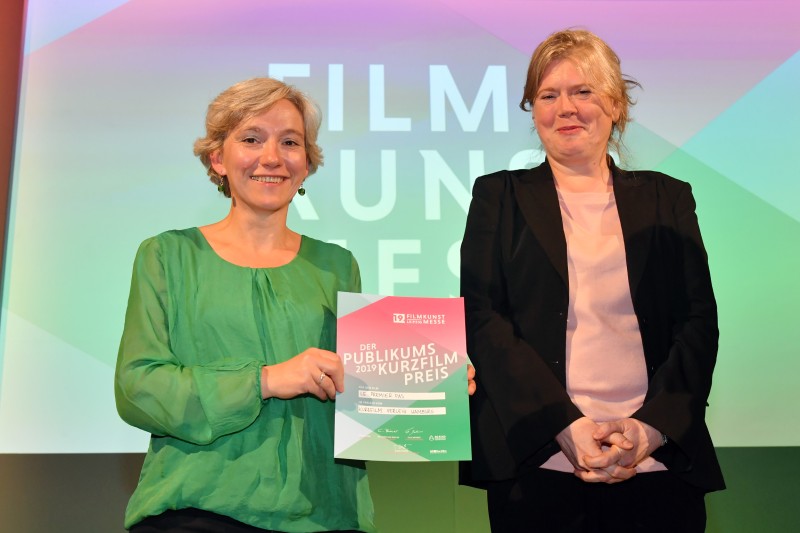 For many years, we have been working to ensure that short film finds its way back into cinemas more often, back onto the big screen where it can best unfold. One of the most important places to talk to cinema operators, present current short films and reach the hearts of program planners is the Filmkunstmesse (film art fair) in Leipzig. It is organized by AG Kino - Guild of German Film Theaters, which is an important partner for us in this matter.

In 2007, we were on site in Leipzig for the first time together with the short film distributors and initiated the test of supporting films "Kurz vor Film" - an audience competition in which the audience's favorite supporting film is chosen by voting at the end of the program. Since then, the Filmkunstmesse week in September has become a fixed date in our calendars and the supporting film test an established program item - every year, the Leipzig audience is treated to an entertaining program of ten to fifteen short films suitable for screening as supporting film, from which they can choose the winner of the Filmkunstmesse audience award by voting card.

The 2007 Filmkunstmesse also was the kick-off for the planning phase of the pilot project "Kurzfilm als Vorfilm ins Kino" ("Short film as supporting film in the cinema"). The resulting campaign "Short before Film" was presented to cinema operators for the first time on September 15, 2010, as part of the Filmkunstmesse with the program "Short before Film - The Supporting Film Test". The basis for the campaign was, among other things, the anchoring of a screening subsidy for short films as supporting films in the 2009 Film Subsidies Act.

Since then, we have become increasingly active and have enriched the program of the Filmkunstmesse with various workshops, among other things. The topics of the best-practice offerings ranged from programming short films in general to reaching new target groups to using short films for children and young people. Time and again, we also referred to the KURZFILMTAG and the Kurz.Film.Tour. as part of the workshops, thus also using the Filmkunstmesse as an important networking venue.

In 2022, we were even presented two short film programs at the Filmkunstmesse: The popular and again numerously attended supprting film test presented a diverse selection of twelve wonderful short films - the hearts of the audience were won by WALL #4 by Dutch director Lucas Kamps from the distribution of interfilm Berlin. We also had the opportunity, by means of accessible program of the Kurz.Film.Tour. 2022, to present the app adOHRi, which was developed to easily transfer audio descriptions of short films to the mobile devices of viewers with visual impairments.